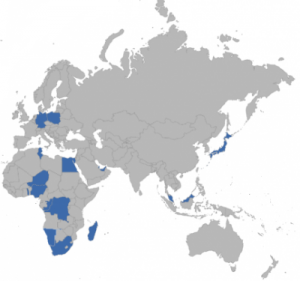 As part of our projects, we operate on many foreign markets. We have business partners in a lot of countries around the world and we are constantly expanding our reach. Thanks to many years of international activity, we can move freely in various environments and cultures. In particular, we operate in African (10 countries) and Asian markets. These are currently the two fastest growing areas in the world. We also have many partners in Europe.

Therefore, we help in acquiring customers and starting operations abroad. If you have an interesting project that you want to introduce to international markets – contact us! We offer you our help and involvement in the development of foreign activities in the following countries.

Democratic Republican of the Congo

The Democratic Republic of the Congo is the largest country in sub-Saharan Africa. Almost the entire territory of the state is occupied by the Congo Basin, which is covered with evergreen tropical forests. This country conceals countless natural resources and has virtually unlimited needs the existence of the people. The poverty rate in this country has fallen in the last two decades. We have contacts to the local government and provincial governments in various parts of the country. 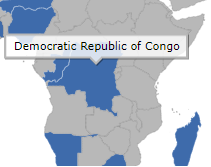 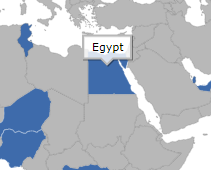 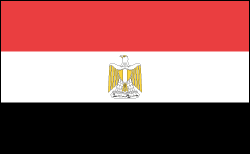 Egypt is a transcontinental country comprising the northeastern corner of Africa and the southwestern corner of Asia through a land bridge formed by the Sinai Peninsula. Egypt’s economy depends mainly on agriculture, the media, oil imports, natural gas and tourism. There are huge housing and technological needs in this country. We have contacts with the army, which has a special decision-making power in Egypt.

Madagascar is a country in southern Africa, located in the Indian Ocean, east of Mozambique. It is the fifth largest island in the world, covering an area of 587 000 km² and inhabited by 25.6 million people. Madagascar’s economy is growing dynamically, it is fueled by exports, transport, finance and the construction sectors. The chambers of commerce play a very important role in the post-colonial structure of this country. We have contacts to the highest representatives of these chambers in the capital and northern regions of the country. 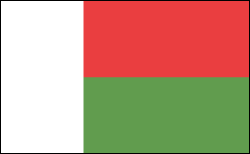 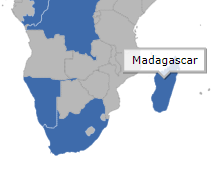 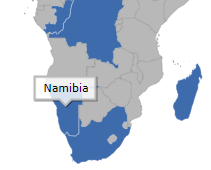 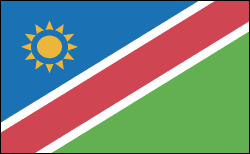 Namibia is a country located in southwestern Africa, largely a desert territory with a long shoreline in the South Atlantic, bordering South Africa, Botswana and Angola. The natural wealth of minerals and the small population of around 2.5 million have made it a middle-income country. Political stability and sound economic governance have helped reduce poverty. However, this did not translate into more job creation. The country also has enormous housing and technology needs. We have contacts to many companies and government organizations.

Niger is a country located in West Africa in the Sahara, without access to the sea. Niger has over 1.3 million km² of area. The country has enormous needs in virtually every area. We have contacts at various levels of government. 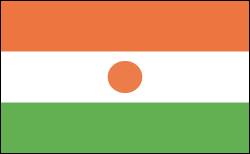 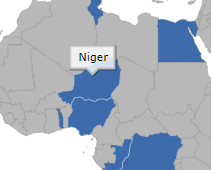 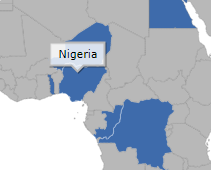 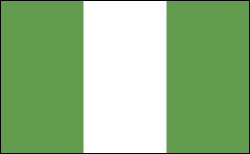 Nigeria is a key regional player in West Africa, accounting for about half of the West African population, including about 202 million people and one of the largest youth populations in the world. Nigeria is a multi-ethnic and culturally diverse federation, which consists of 36 autonomous states and the Federal Capital Territory. Thanks to the abundance of natural resources, it is the largest oil exporter in Africa and has the largest reserves of natural gas on the continent. We have many contacts at the federal government level.

Republic of the Congo

With a population of 5.2 million on an area of 342,000 km², the Republic of Congo is sparsely populated, and more than half of the population is concentrated in the two largest cities, Brazzaville and Pointe-Noire. The Republic of the Congo, which is heavily overgrown with tropical forests, also has enormous tracts of unused arable land, which make up about a third of its total area. Moreover, the country is in the top ten African oil producers and has significant mineral resources, most of which are still unused. We possess contacts to the governments of the Republic of Congo. 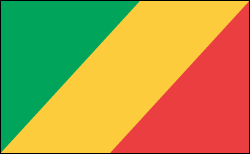 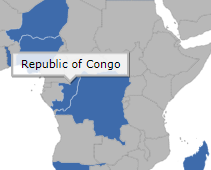 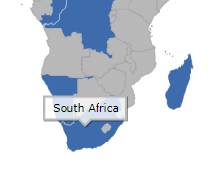 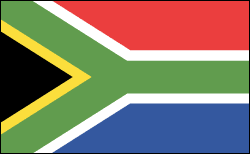 South Africa is a country located at the southern tip of Africa. South Africa is one of the most diverse and interesting countries in the world. This country enjoys a relatively stable mixed economy that uses fertile arable land, rich mineral resources, tourist attractions and highly developed intellectual capital. We have many business contacts in South Africa.

Togo is a country in West Africa. Togo covers 57,000 square kilometers, making it one of the smallest countries in Africa, with a population of around 7.9 million. Togo is a tropical sub-Saharan state whose economy depends heavily on agriculture. We established government and regional contacts. 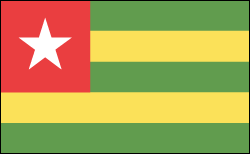 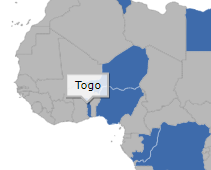 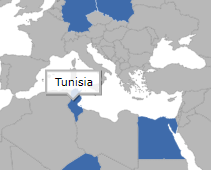 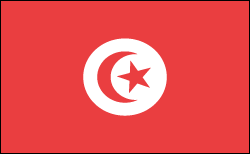 Tunisia is located in North Africa. The coast of Tunisia in the north and east flows around the Mediterranean. The main branches of the economy are: agriculture, mining industry (including phosphate rock), petroleum industry, tourism, clothing industry. In this country, we have recommendable business partners.

Japan is an island country located southeast of the Asian continent. It consists of over 6,800 islands with a total area of 362,222 km². The Japanese government is making greater efforts to attract companies and visitors from abroad, while creating a more open market and facilitating business development. We have business relations and partners in this country. 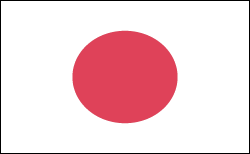 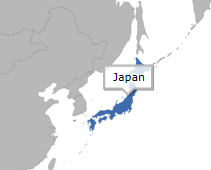 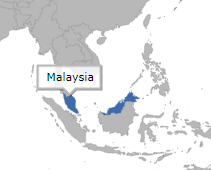 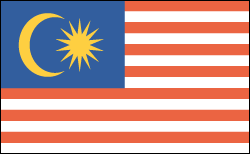 Malaysia is a country in Southeast Asia, on the Malay Peninsula and the island of Borneo. Malaysia has an open, state-oriented, newly industrialized market economy and pro-business government, making it an increasingly attractive place to invest for international investors. We established interesting and high-profile business relationships in this country.

Qatar is a country in Asia, located in the eastern part of the Arabian Peninsula on the Persian Gulf. Qatar invests its large revenues from oil and gas in other sectors of the economy to expand its economic base and develop a strong private sector. We have business contacts here. 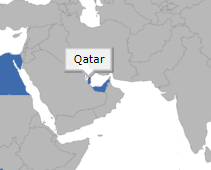 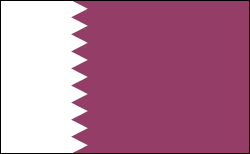 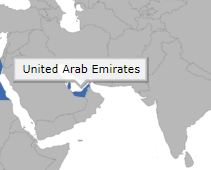 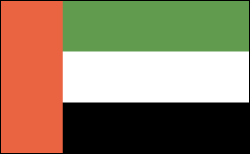 The United Arab Emirates is an Arab state in the Middle East, located on the Persian and Oman Gulfs, consisting of seven emirates. As one of the world’s most free economies, the United Arab Emirates are a stable, entrepreneur-friendly global center. We have at one’s disposal numerous contacts to business partners in the UAE interested in various branches of business.